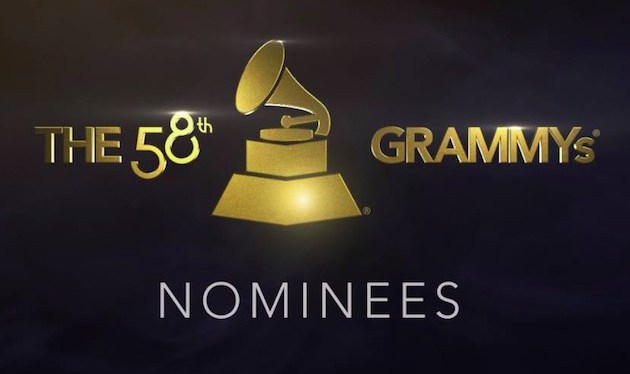 The show opened up with Taylor Swift performing a new song in a bedazzled out jump suit. LL COOL J began hosting reminiscing about past performers like Adele, Kendrick Lamar, and Lady Gaga. Kendrick Lamar won the first award of the night taking home Best Rap Album. The Weeknd graced the stage performing “Can’t feel My Face” & “In The Night”

One performance I really enjoyed was Ella Goulding and Andra Day. Andra’s voice is AMAZING.  A collection of artists paid homage to Lionel Richie. John Legend performed “Sunday Morning”, Demi Lavato performed “I love It”. Meghan Trainor performed “You are the sun, you are the way”, Tyrese performed “Brick House”and closing it out, the man himself, Lionel Richie performed “All Night Long”

Ed Sheeran beat out Kendrick Lamar, Taylor Swift and Wiz Khalifa for song of the year for his hit “Thinking Out Loud.” I honestly love that song and I am glad he won. HE has a beautiful voice!

Kendrick Lamar, had an outstanding performance. He walked out with chains on his ankles and wrists, with the setting being in a jail, performing “Alright.” Some performers dressed like inmates and the others dressed in African attire. Miquel showed his face by singing Michael Jackson’s song “She’s Out of My Life.” Adele who hasn’t performed at the Grammys in four years, performed a new song for us. Meghan Trainor took home her first Grammy award for Best New Artist, and she made me cry with her accepting her award in tears. (I’m a big baby). Now Lady Gaga was the only performer to pay a tribute to David Bowie, and she did amazing as usual.

So the show didn’t show all the wins, mainly a lot of performances but I did some research and here is what I found out:

It really irked me that they did not show all the winners. It was a lot of performances and honestly only cared for about 40% of them.

Kendrick had a powerful performances that dealt with today’s society of black men and his song “Alright” in general speaks about that. i am surprised that CBS, or the Grammy’s in general let him perform it that way but I AM PROUD that he did. Someone with that much power and attention should speak about real life issues.

Well that’s all I have for ya. Let me know your thoughts about the show.