Teyana released her anticipated lengthy album a week ago on Friday June 19th and she definitely made up for the seven song KTSE album. After taking a full week to listen to the 23 track album, I can give a legit review. Teyana has been on an incline for the past 2-6 years from acting in the VH1 show Hit The Floor, to her album VII in 2014, then KTSE in 2018.

This album starts off with the audio of her giving birth to her first child Junie, in which her husband Iman helped deliver in their bathroom. You can hear the excitement and emotion from him and it’s a tear-jerker just listening to it. The next song “Come Back To Me” has a vocals from Junie and a Rick Ross feature. This song is special because it’s something that everyone has dealt with– a relationship or situationship that could or could not be meant for you, but if that person is meant to be with you then he or she will come back into your life.

She has a lot of female influences on this album such as featuring Erykah Badu on “Low Key” which is paying homage to her song “Next Lifetime”. Another influence was Blaque’s song “808” in her song “Boomin;” “Ever Ever” which is a Lauryn Hill “Sweetest Thing” sample; “Try Again” –clearly an Aaliyah & Timberland sample; and “How Do U Want It” is sampled from Total and Mase’ “What You Want.” 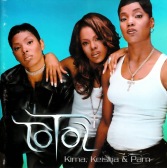 A few others include “Friends,” sampled from Musiq Souldchild’s “Just Friends.” “Made It” has the Juvenile “Back That Azz Up” sample. The last song on the album was sampled from a 1970s group called The YoungHearts and their song “We Got Love.”

One of Teyana’s powerful songs is “Still”; in a recent interview she said it’s not about wanting love from someone but instead being Black in America and crying/wanting for love, hope and peace. Majority of the album is about love, relationship ups and downs and happiness of course. She did not disappoint with the album and you can tell she put her best songs on this thang.

What are your thoughts on this album?

NO NEGATIVITY ALLOWED BECAUSE IT WAS PERFECT!