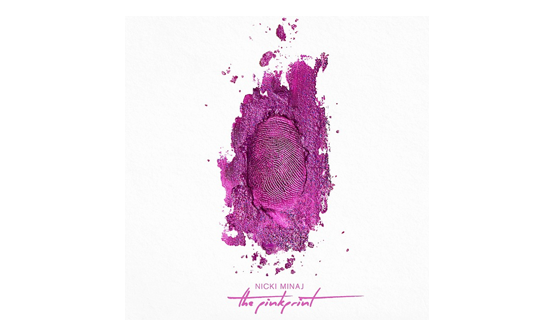 The “Anaconda” single star Nicki Minaj dropped her third studio album “The Pinkprint” on December 12. She starts off the album with the song “All Things Go” that has  heavy bass, nice melody kick to it. She opens up about past relationships with an ex boyfriend, her mother and the death of a little cousin. I think the title means that all things come and go, like her opening up about her abortion when she was younger. This song was the best choice of hers to start the album. She then slows it down in the titled song “I lied” in which she says she lied to her guy so he wouldn’t break her heart. So she had a wall up around her heart so she wouldn’t get hurt. We’ve all been there, I know I have. Ms. Nicki switches it on up on “The Crying Game” and adds Jessie Ware, London singer whose big hit was “Wildest Moments”. She also features Ariana Grande, Beyonce, Drake, Wayne, Chris Brown, Meek Mills, Skylar Grey, and LunchMoney Lewis on her album; as well as Jermih in my favorite song titled “Favorite”.

Thinking back to when Nicki first came out, she has changed musically and physical as far as her appearance goes. She went from bright crazy color hair to nice, toned down Nicki. I’ve always liked her songs but wasn’t a big fan of her image. She definitely made a signature look with her pink Chinese bang hair-doo , her long blonde hair, and of course the big booty; but her look could never be imitated or replicated. It’s like she’s blossomed into a new lady and I like it.

As far as her album goes, I give it