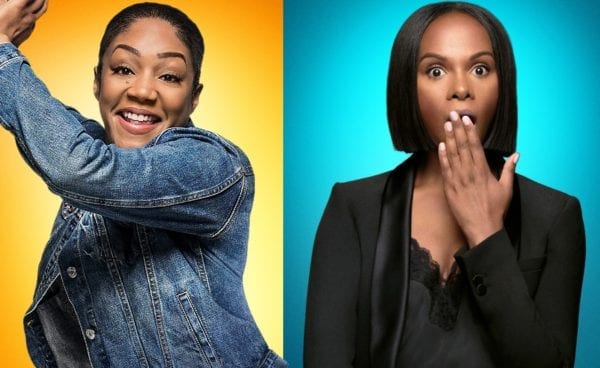 I went to see Tyler Perry’s new movie Nobody’s Fool. Check out my review below on DeluxMag.com:

Tyler Perry released his first Rated R movie—Nobody’s Fool over the weekend—and I decided to check it out. Mainly because Tiffany Haddish is the best female comedian out right now.

The movie is about Danica (played by Tika Sumpter) dating a guy named Charlie online but has never met him before. Her sister Tanya (played by Tiffany Haddish) gets out of jail and finds out that her sister could possibly be getting catfished, so she decided to intervene and call Nev & Max from the show Catfish.

Of course, things didn’t add up…at the time, so Danica was feeling down. In between time. she goes to this coffee shop every morning before work to get her coffee and Frank, played by Omari Hardwick, is feeling her. Unfortunately, she’s not interested because she is somewhat high maintenance and she just sees him as a coffee shop owner.

She finally comes to her senses—gets with Frank—then the real Charlie shows up. Danica entertains him, and it turns out he was all that she was expecting. So, she has to win Frank back over, which she eventually did in the end.

Check out the rest of the story here..

Have you seen the movie? What are your thoughts? Comment them below or on the Delux Mag website.