It’s been a while since August Alsina blessed us with a collection of music and might I say, I was ver excited when he dropped it.

It’s no secret that he was battling a lot, from collapsing at a concert and dealing with health issues, to becoming addicted to prescription drugs to recently losing his sister in law to cancer and having to take care of his three nieces. August has been through a lot, from the broken relationship with his mother to losing his brother to gun violence. He channels his pain through his music and blesses us with it.

His newest EP “Forever and A Day” talks about love, pleasing a woman, and just being there for her. The sound is sensual and sexy. He does a lot of background vocals which is unique AND he threw a couple features on there.

To break down each song; The Ep titled intro “Forever and A Day” song is about loving a woman (or a man, for the women) for forever and wanting to keep that same love for forever.

The second track “Be Love” expresses the want of being there for a woman (or whomever) and wanting to give her the love she deserves. AIN’T THAT SWEET!! 🥰🥰

The song “You” featuring Keith Sweat, is one of my favorites, especially the background vocals. This song is a love making song, and he says it in the song lol. He has Keith Sweat in the chorus and August ironically adds the line “Who can fuck you like me? (Nobody) And who can give you what you need? (Nobody, baby)”

“Control” is self explanatory; it’s about not being able to control yourself around someone you’re involved with. August got Ty Dolla $ign on this one to help with the chorus, another enjoyable hit.

The fifth track “Secret” is about someone bringing out your sensitive side and you don’t want them telling anyone because it’s not part of your normal character. But he also says it’s not that big of a secret because it’s hard for him to hide that fact he’s in love with this girl.

“Go” is so sweet to me; it’s about not wanting to see your girl leave and telling her that y’all can do whatever she wants to do, as long as she stays. The translation is “Just say go and we’ll go.”

The song “Lost,” is about getting lost….in sex. Just getting lost in the moment that’s filled with kisses and hitting spot 👀 👀 okay August!

August closed out the EP with the last track titled “Us,” which is about you and your significant other only having each other, “All We Got Is Us.” Everyone has heard of that saying before, whether it’s in a relationship, friendship, or just yourself on some ‘Me, Myself, and I’ type ish.

I enjoyed the EP, because it was nice hearing a collection of work by him. He last came out with a joint project with Cassius Jay in 2017, but before then, his last actual album was “This Thing Called Life,” which I REALLY enjoyed, came out in 2015. I hope to hear more of his music and an actual album because he is talented, FINE, and he has a lot to speak about.

Have y’all listened to the album? If so, what are your thoughts? Comment below and let me know! 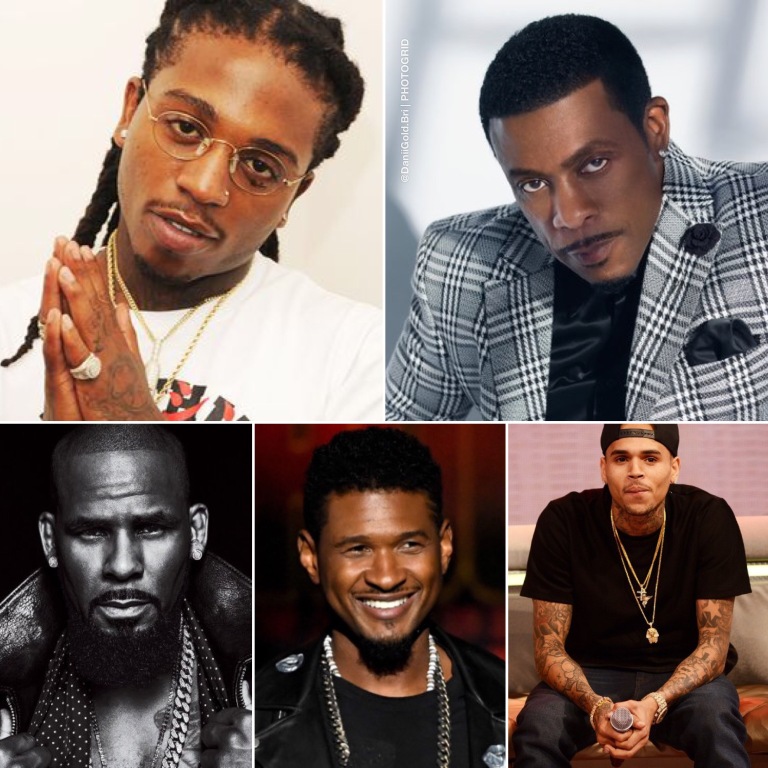 Anyone who knows R&B, knows that the 90’s had the best R&B. The debate is who is the “king” of R&B. If you are into today’s R&B, you may have heard of the king of “eeee”, Jacquees.

Jacquees claims to be the “King of R&B”; I’m guessing he means of today’s generation. My issue with this is…he disregarded Chris Brown, Trey Songz, Daniel Caesar, Eric Bellinger, the list can go on. What baffles me is…Jacquees’ single   “B.E.D” was part of the bridge of R&B Avant’s song “Read Your Mind.” THEN there’s him making a Quemix to Ella Mai’s “Trip” record. I loved the remix BTW, but he’s clearly not original. He’s seen on YouTube remaking Chris Brown “Yoooo” song and Soul For Real’s “Candy Rain” videos. Oh Jacquees (eye roll).

So after that break down, you can tell that there’s some overlapping, like the 90’s singers dipped into the 00’s and the 00’s dipped into the 2010’s. These artists have worked hard enough to earn the title or even QUALIFY for being the “King of R&B”

Jacquees has started this uproar and he probably did it intentionally with his sneaky ass. BUT he had the audacity to interrupt a cameraman asking Keith Sweat about the King of R&B debate. Keith barely had the chance to answer before lil Jac-ki-ki popped up out of nowhere adding his two sense saying he was the King of R&B for the 16-25 age crowd. BOYYYYYYYYYYYYYYYY PLEASE! YOU JUST CAME OUT! Luckily Uncle Keith didn’t sweat it (did ya catch that?) and said he was the King of getting the bag. Lil Jacq-ki-ki need to respect his elders in the music game, sit back, and try to sell out an arena or something.

I feel like, if you are good at something, then let someone else give you a reigning title. I don’t recall hearing Marvin Gaye and Teddy Pendergrass bickering about who was better during their time. OR Tyrese and Usher. If you are the best at your craft during a certain period of time, stay humble, at least until you win a Grammy or something.

I’ll say it again, Jacquees needs to sit down somewhere and respect the game AND this new generation of artists need to stop overusing the term “King.” You got Tekashi69 saying he’s the “king” of New York. I’m no big New York fan but i’m pretty sure Jay-Z wouldn’t pass that torch to him.

Let’s just pray that Jacquees humbles himself and retracts his statement.