Wale doesn’t stop working! He dropped his newest EP on Friday June 19th, ironically Juneteenth. The album addresses the current state of the word, which is police killing innocent black PEOPLE, the uproar it’s causing and the lack of justice that needs to be served. His first song “Movin Different” has excerpts from the news reporting on protests. His next song “Empty Wishing Well” featuring amazing vocals from Eric Bellinger. The song is about everyday things with a touch of lovey dovey in there. “Blue Yellow Green Pink White” has the Cha Cha Slide” sample, which is a given that this song is more of a dance upbeat record; it reminds me of “Debbie” on the Wow…That’s Crazy album.

“JUNE 5th / QueenZnGodZ” speaks on what happened on that day a few weeks ago; more protests and justice still not being served. The best verse in this song is

“We the sports and the music, do the math we the culture.”

“I don’t give a damn if they burn down Target because Target should be in the streets like us.”

That was in response to Rayshard Brooks being killed. The song then goes into the “QueenZnGodz” song states that we, women are Queens and the Men are Gods, which is really mythological.

“Shit Don’t Stop” is another banger with Eric Bellinger; Wale talks on him still being here on earth is due to someone praying for him because it’s so much going on in the world and the odds are against him, a black man. The next song “Maajo” is another upbeat dance record but Wale briefly talks about COVID, people wearing masks and even The Last Dance.

Overall, this was a great EP especially since he dropped his last album back in October, which didn’t disappoint. Wale has a way with staying current with the times and keeping a sense of relevance to a dedicated, intimate fan base. He may not seem mainstream and may even be underappreciated, but the real fans of his know what’s up.

What’s your thoughts on the new EP? 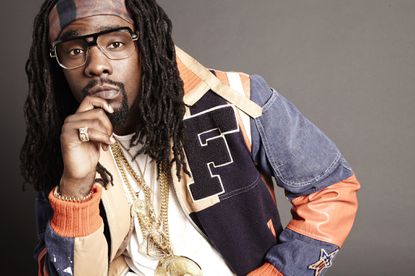 Wale has been on a roll with dropping these EPs (extended play) lately. In Mid March, he dropped the EP It’s Complicated that had 4 songs on it, including “Black Bonnie” featuring Jacquees, which I absolutely LOVE, it’s more slow melody EP. Then yesterday he dropped Self Promotion., which is more hip hop based with a splash of slow melody. Not only did he release these two EPs two months apart but he just released a whole album last April, Shine. I guess he figured, he gotta stay relevant and by that, he’s dropping back to back EPs.

I respect that he’s independent and that sound is different than other artists to me. There “may” be artists who have his same flow but I believe he is the first to do so with poetic words. It’s Wale’s delivery that makes his music different and as a artist/rapper, he can express his feelings in a poetic flow without sounding like a punk lol.

What are your thoughts about Wale dropping these back to EPs?